I thought I’d ask Croydon manager Tyler Chambers how the season has gone so far.

It’s “been what I expected it, to be fair. The (SCEFL) League is very physical. The teams in it are very direct, they don’t care so much for playing football, but obviously football is a results driven business, ultimately you’re going to get results and pick up points in the other team’s box. A lot of teams go long. The boys have adapted really well. It’s a very young squad, we’ve only got four players over the age of 23, so the start of the season it’s been expected, as are where we want to be. It’s disappointing we didn’t pick up anything against Lydd, (Tooting) Bec or Staplehurst. But football is about scoring, but if we’re not doing that at the moment, then we’re not winning games, so hopefully we can rectify that over the break. We’re moving to a really busy period that would involve five games over fourteen days, or seven games over 21 days, the goals will start to come.”

Croydon will face Redhill at the Arena in the next round of the FA Vase, after the Lobsters beat Epsom and Ewell 2-1 on Saturday, and Chambers was there: “It was a really good game. I think Epsom shaved the game in terms of play and better chances. I thought that Redhill were physical, very organised, very disciplined and ultimately scored goals from Epsom’s mistakes or lack of concentration, and that’s what teams at a better level can do. (Redhill are a division above Epsom and Ewell.) They’ll punish you when you switch off. So (I’m) looking forward to the Redhill game in the Vase on September 24th.”

Looking ahead to Saturday, Chambers said: “I’m really looking forward to Lewisham on Saturday. I spoke to a few people when I took the (Croydon manager) job, and they listed a couple of teams in the division who are good, and to look out for, and Lewisham were one of them. Lewisham were a young, energetic, ‘in your face’ side that had some individual, talented ball players, and I think their energy and their squad will match ours on Saturday, so I think it’ll be a great game. I think coupled with the Family Day, I’m sure it’ll be a really good day at the Arena.”

Croydon’s match against Lewisham Borough is part of a Festival that that takes place at Croydon Sports Arena on Saturday afternoon, September 3rd. Proceedings take place from 1pm with the first Teeny Trams session, and the main match kicking off at 3pm.

Croydon also have a game midweek, against Bermondsey Town on Wednesday night September 7th at the Arena, KO 7.45pm. 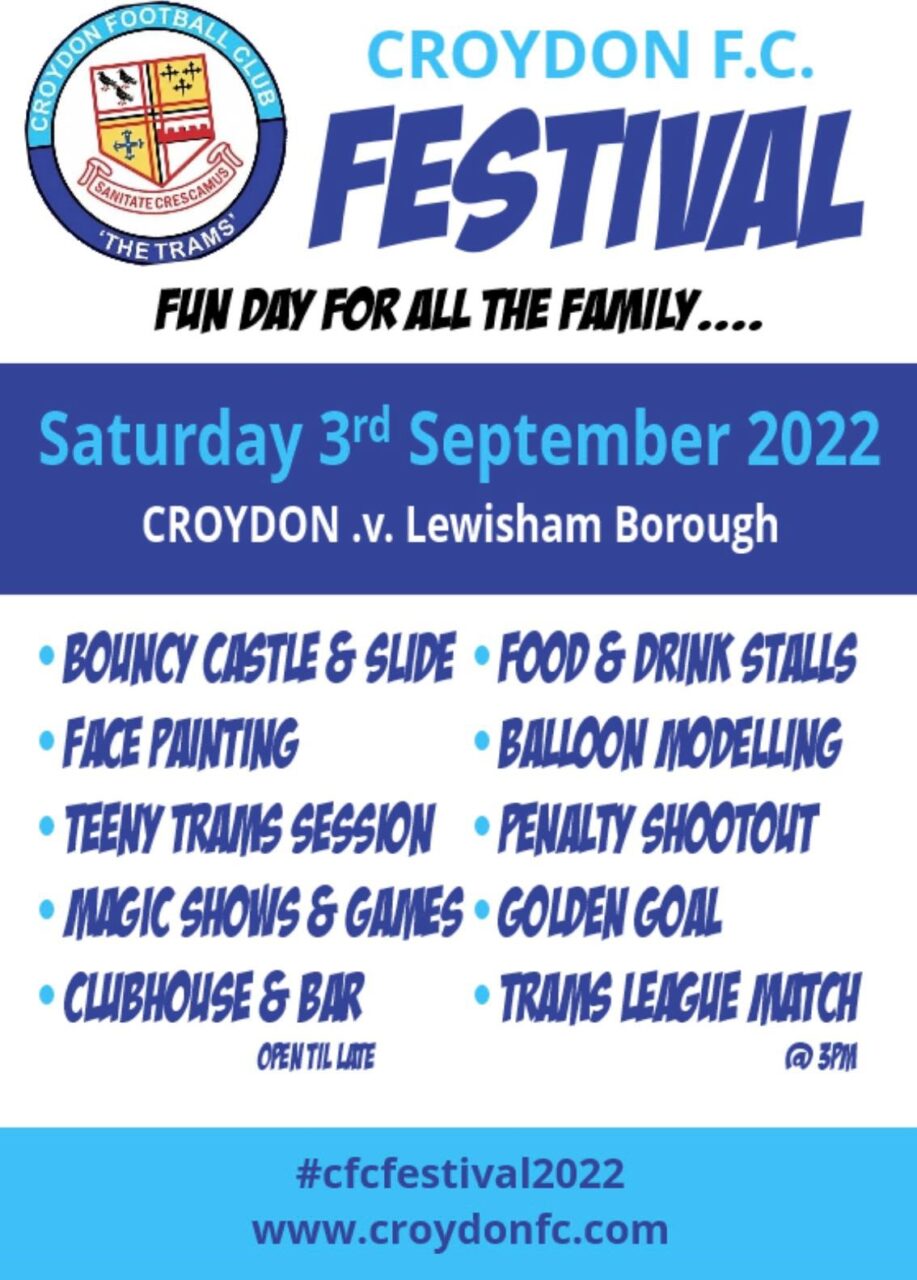 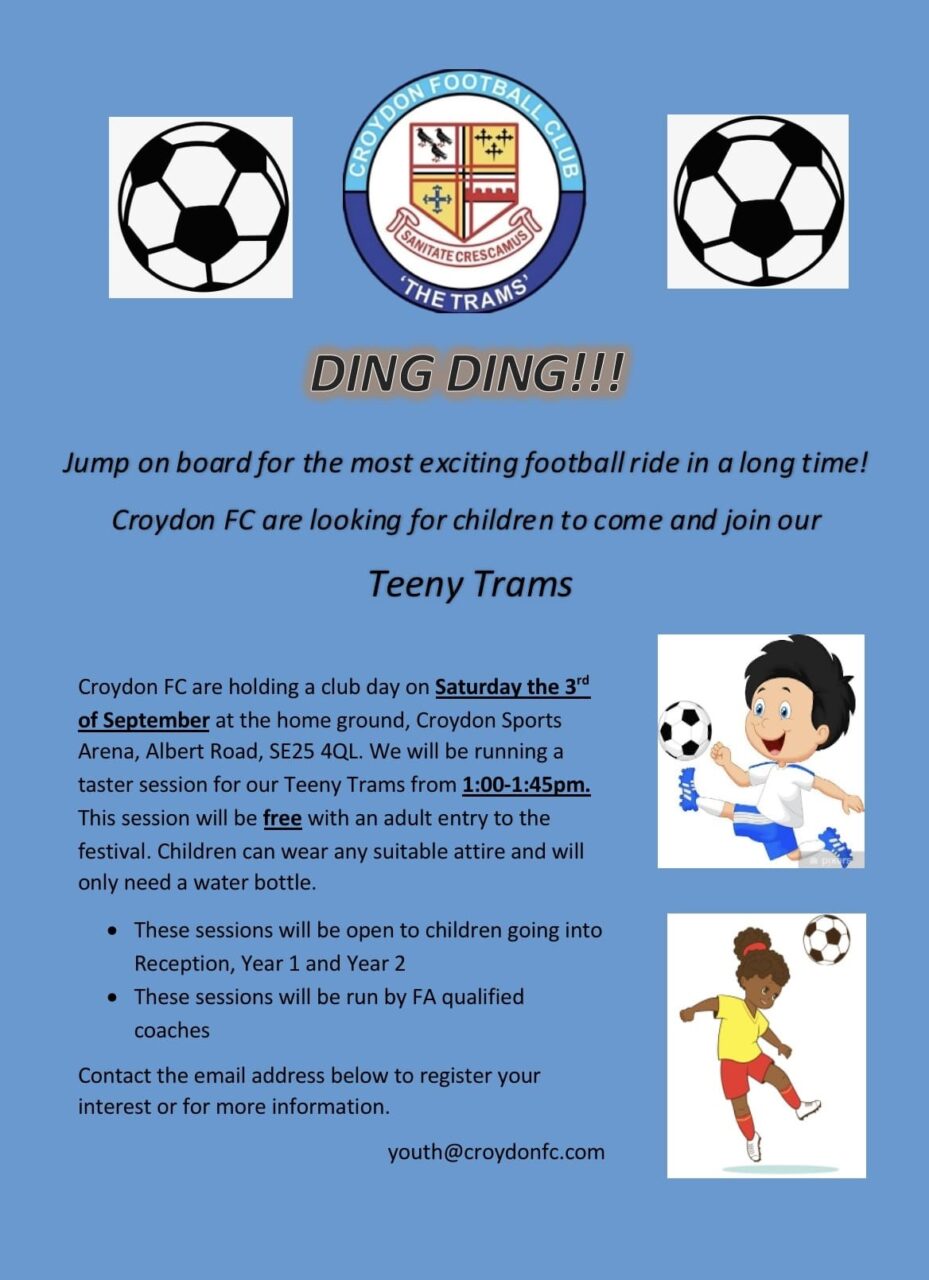