Once the football started, Leafe opened the brighter without really testing our goal but we went close on ten when David Green was found on the left but he rifled the ball into the side netting. The teams sparred with each other and Croydon almost went ahead just after the half-hour  when Lauris Chin intercepted a wayward back pass only to hit the ball off target.

Ashley-Paul Robinson used his low centre of gravity to good effect to provide another opening for Green who hit the ball across the face on thirty-five. Robinson then had a chance of his own but delayed pulling the trigger and the opportunity quickly disappeared. And then on forty-two, Robinson broke and laid the ball to Chin whose shot was deflected wide.

The interval arrived with no-one having troubled the scorers and the feeling was that, as in previous weeks, we might pay for our profligacy in front of goal. Indeed, Croydon were almost architects of our own downfall when conceding on fifty-four. A lack of concentration coupled with too much farting about and not clearing our lines gifted a goal to the visitors.

Whyteleafe had a spell where they could have gone further ahead on another break but goalkeeper Tiwa Fujamade reacted quickly to make a well timed clearance. Jevontae Hylton forayed forwards down the right flank showing good close control and forced a corner but the flag-kick was sent too close to the visiting custodian and wasted.

Our equaliser arrived on seventy-five when the visitors unceremoniously fouled Khayrie Harris and conceded a free-kick to their left, earning a yellow card in the process. Harris got back onto his feet and sent the ball into the centre for Lee Peacock to head powerfully home.

We found a spring in our step and started to apply the pressure with the Whyteleafe goalkeeper blocking Chin. Then a loose back pass saw Chin accelerate into space but his powerful drive was high enough for the ball to be tipped wide.

On ninety-six a good move involving Peacock saw the final shot scuffed and then at the final knockings, a free-kick into space was put wide of the target. 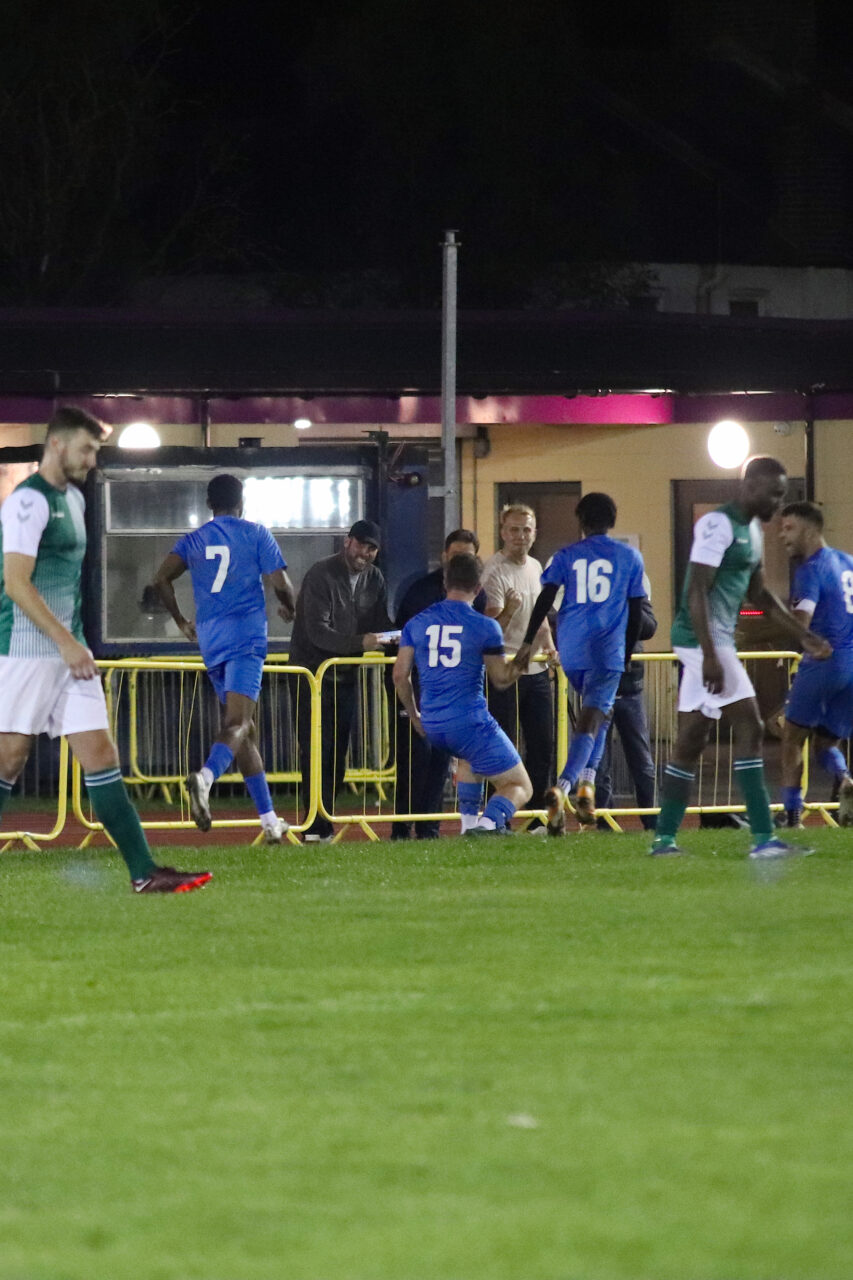 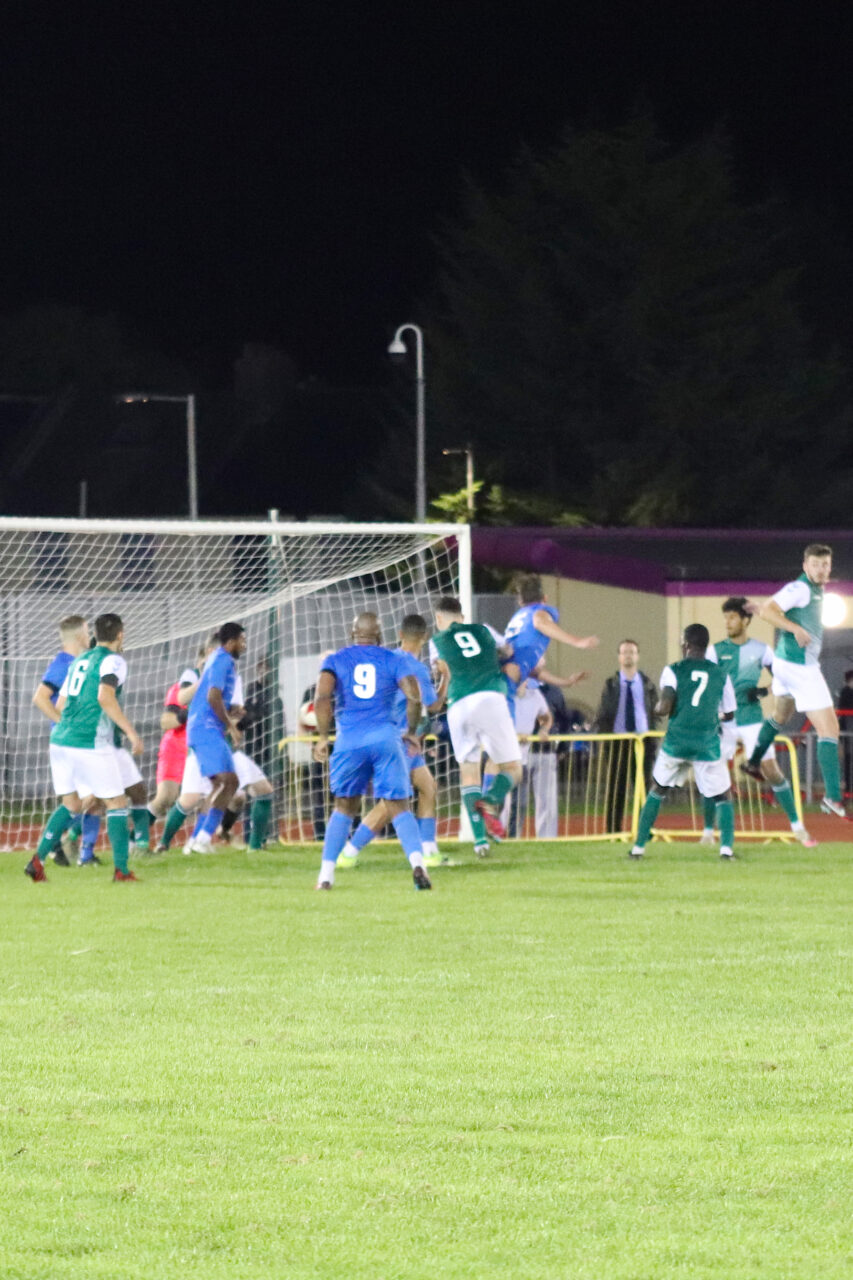