Croydon are through to the next round of the London Senior Trophy thanks to three first half goals. However, SC Thamesmead improved in the second half and history was almost repeated: the two clubs met last season with one team 3-0 up and the other team equalising 3-3 at the end

Traffic problems meant that kick off was delayed until 3.22 as the referee and his assistants hadn’t arrived at the ground. Once they started, Croydon couldn’t wait to attack, five minutes in and David Green’s long cross reached Lauris Chin, only for Chin to be taken down. Then it was Chin’s turn for a long cross that could have reached any of his team mates in the vicinity, but goalkeeper Aaron Cathrew punched the ball out. At the other end, a ball from a Mead forward was crossed towards his team mate, only for AJ Morrison to make a clearance. Having taken a corner, Lee Peacock ran towards the box after receiving a ball from his team mate, but his header was caught by Cathrew. Following passes from Bailey McCarthy and Green, Peacock had another attempt, but Cathrew made yet another save.

Shortly after, with Chin in possession, he was taken down by an opponent and a penalty was given. Henry Swann took it, and after 22 minutes, Croydon were in front. The Trams doubled their lead three minutes later. From a Morrison throw in, a header from Sam Blake, got the ball to Chin who smashed it past Cathrew. Swann hoped to extend Croydon’s lead but his corner went past the far post.

The home team were frustrated by this point, and taking it out on the opposition. Already a player had been sin-binned, and a Mead player took down Cameron Beckles and Peacock but the referee still said play on. The referee also gave a yellow card to the Mead manager, for arguing with the officials. Croydon did win a free kick, but Green’s shot was caught by the keeper and another Trams free kick went high. Croydon’s third goal took place five minutes into added time. Morrison passed to Blake, who passed back to Morrison, who went around two defenders and took a shot past Cathew to make it 3-0.

SC Thamesmead made changes and stepped up a gear in the second half. Green couldn’t get past Amari Kodpo at one end, while Tiwa Fujamade made the first of many saves soon after. On the hour mark, SC Thamesmead got a free kick and Bethel Gboda scored. Croydon were lucky when a Morrison clearance went to an opponent whose shot landed wide of the near post. Morrison was unlucky to concede a free kick which led to a scissor kick high over the crossbar.

Jamie Bakhit’s free kick reached Peacock, but his close range shot was saved. Soon afterwards, Fujamade made two saves within seconds of each other. Ryan Burrell-Grant did well to defend and then a Mead corner was saved by Fujamade. There was pressure from Croydon to defend, leading to a Bakhit yellow card but Mead’s free kick was cleared.

SC Thamesmead then got a penalty, and Antonio Gonella wrongfooted Fujamade to close the gap. Mead got another free kick outside the box, but Aaron Jeffrey’s shot went wide of the far post. Croydon responded with a saved shot. Croydon held on through two corners and another Fujamade save from a cross and a free kick.

Croydon now face Lewisham Borough at Croydon Sports Arena on 19 November in the next round of the London Senior Trophy. Before that, Croydon play AFC Whyteleafe in the SCEFL Challenge Cup on October 12th at home and Glebe in the Kent Senior Trophy, KO 3pm on Saturday 15th, also at home

In other news, defender Anthony ‘AJ’ Morrison will be leaving Croydon to go to Erith & Belvedere. AJ, who started as a youth team player for Croydon in 2006/07, before returning to Croydon in 2021/22, will be leading the Trams out for the last time on Wednesday night against AFC Whyteleafe… Croydon FC wish AJ well in his future career and thank him for his enormous contribution. 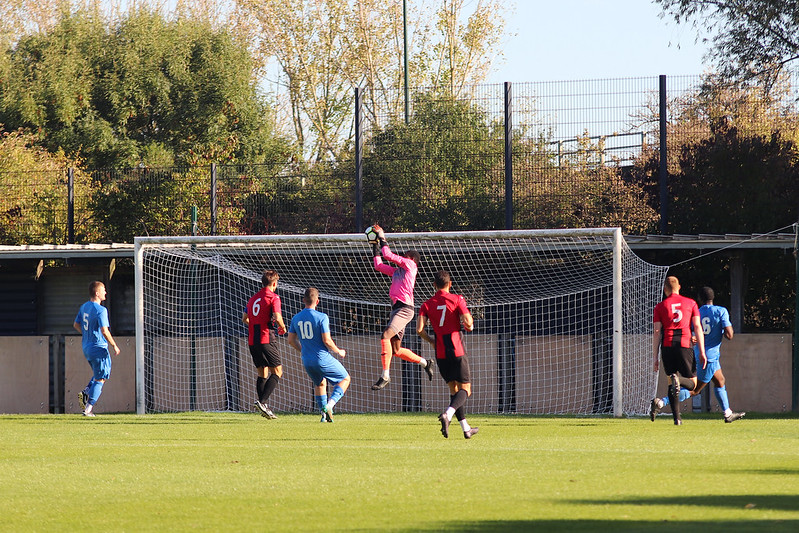 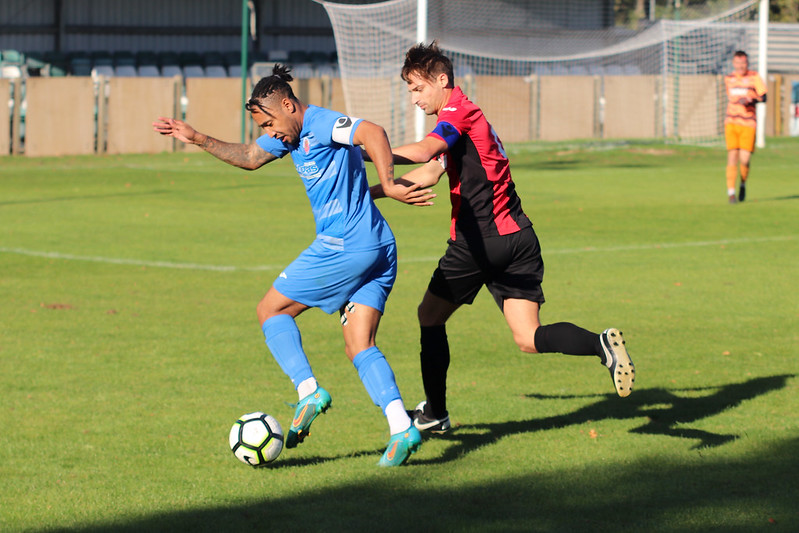 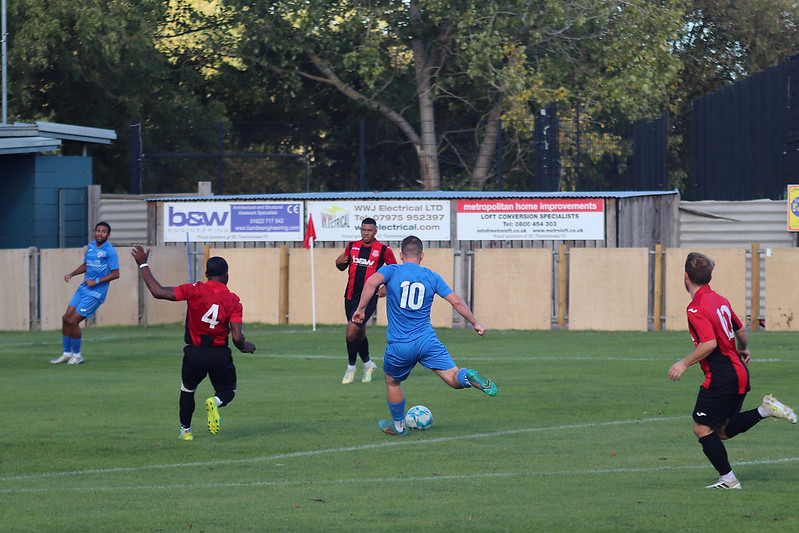 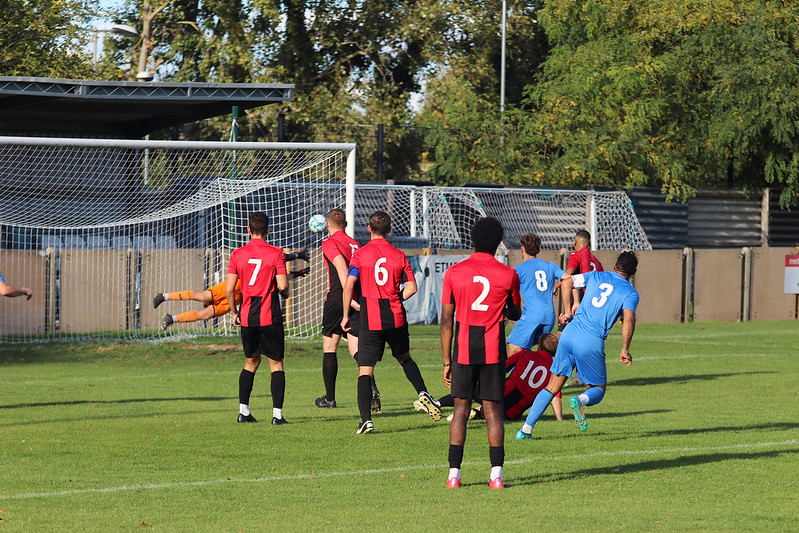 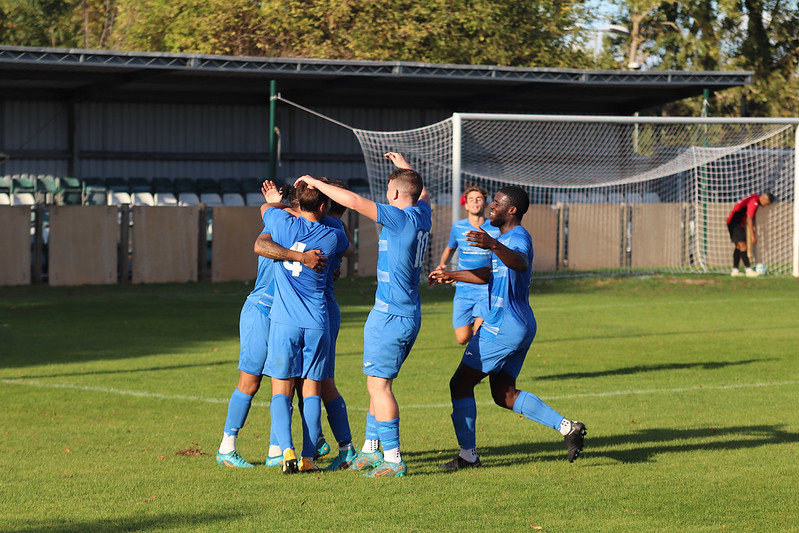