Progress to the quarter-final was always going to be a difficult task and Lewisham clearly wanted that berth for themselves as evidenced by their performance. They set out their stall early on by packing their back row and midfield. The game started slowly and the closest Croydon got was on eleven when a through ball was just too long for Lauris Chin. On twenty-four, Chin was fouled on the right and Omarr Belhaj-Farsi sent the ball to Uli Fischer who was lurking at the far post to side-foot home.

Henry Swann shot from distance on twenty-eight but the goalkeeper was perfectly positioned for a simple catch. Chin and David Green played a simple one-two  on thirty and almost conjured up a second before a timely interception.

The equaliser came on thirty-seven courtesy of a vicious shot which Tiwa Fujamade did well to parry but the ball fell at the feet of the only visiting player in the area and was comfortably slotted home. Croydon almost regained the lead on forty-two following a vicious free-kick from Green which cannoned off the woodwork and the rebound sent wide by Chin.

Lewisham opened much the brighter in the second half. From the stand, they appeared unlucky to have a goal disallowed for offside. On fifty-seven, they made a strong move down the right but Richard White put the ball out for a corner which was wasted. At the other end, Green was involved with two attacks which came to nothing and on twenty, Henry Swann saw a shot parried and Jubrill Adamson side-footed wide of the far stick.

Eldi Baze proved a live wire when he joined the game, pulling the ball back from the goal-line only for Adamson to send the ball into orbit. The latter stages saw thew game open up as both sides stepped on the gas and late chances at both ends went begging.

And so the penalty shoot-out at the clubhouse end. The visitors went first and sunk their first four without much difficulty as did we. The fifth ones were therefore sudden death – Fujamade diving low to his right to block and then Bola Noike sinking his to set off the celebrations. 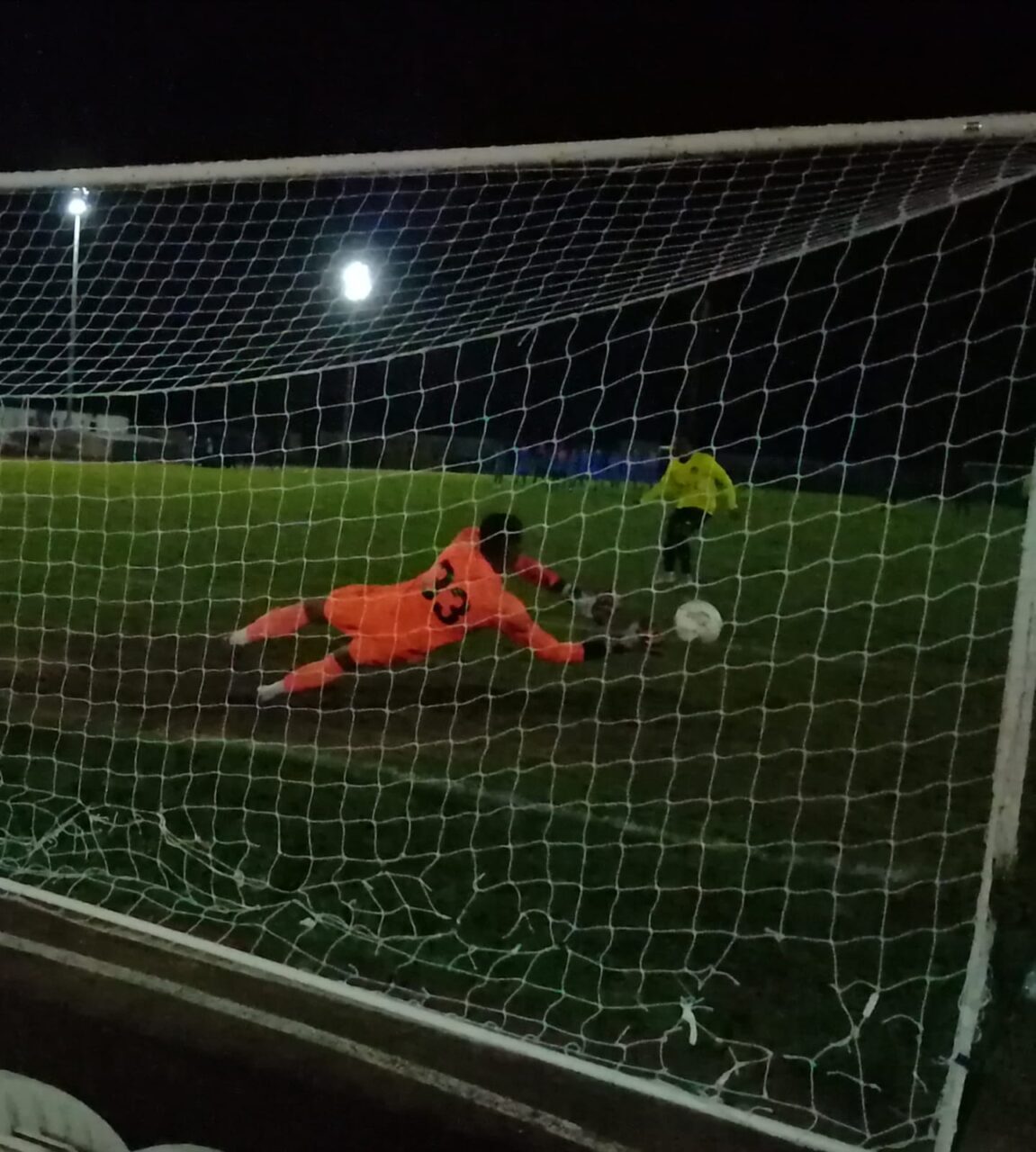