Despite a bus strike and problems with the trains, that didn’t stop 265 fans watching the local derby at Church Road!! With Lauris Chin and Uli Fischer injured, Croydon manager Liam Giles line up included Richard ‘RJ’ Pingling who was last year’s top scorer and a fans favourite. He was signed from Lordswood earlier in the week.

After 16 minutes, Croydon had a free kick after an offside call. It was played into the box and a striker found himself in space and forcing Leafe goalkeeper Dan Smith into a good save. Two minutes later, however, Whyteleafe took the lead with Ashley-Paul Robinson firing home against his former side from outside the box, scoring his second in two games.

A Croydon counter attack after 31 minutes following a Leafe free kick, cut in from the left but failed to progress and there was a superb shot across the face of goal and an excellent save from Smith. After 39 minutes, Croydon managed to split the defence again on a counter attack but the eventual shot was tame and went straight to the keeper. Dani Wilson then helped double Leafe’s lead after 40 minutes. Following poor defending from Croydon, he went down the left, playing in Nile Waite who scored a clinical goal from what looked like just inside the box.

Croydon’s first goal came on 44 minutes. After a ball was channelled down the right wing, Richard ‘RJ’ Pingling was back. He got the ball, tried to find a gap, dribbled around an opponent, and his shot went in.

The equaliser came in the 55th minute. With lots of space around him, Richard Pingling calmly slotted past Smith after a long ball from the left for his second of his two goals. Croydon were able to hold on but were threatened on 67 minutes. Temi Alaka had a shot which Croydon goalkeeper Matt Walton saved. Then the subsequent corner reached Leafe captain Alfie Clark, whose header hit the crossbar.

After the game, AFC Whyteleafe’s twitter said: “Another tough match against increasingly familiar opposition in Croydon FC. By far the best Croydon team we’ve faced in the three games this season and a very hard earned point seems a fair result. All the best for the rest of the season and see you (again) in a few weeks!” Whyteleafe will be visiting Croydon Sports Arena on 14 December for the Surrey Premier Cup.

In response, Croydon manager Liam Giles said “Great support yet again from (Croydon FC fans. A poor first half but the lads showed spirit to come back from 2 down.” His view of RJ Pingling was that “I said it form is temporary class is permanent.” Finally, he said that it was “A fair result in the end.” 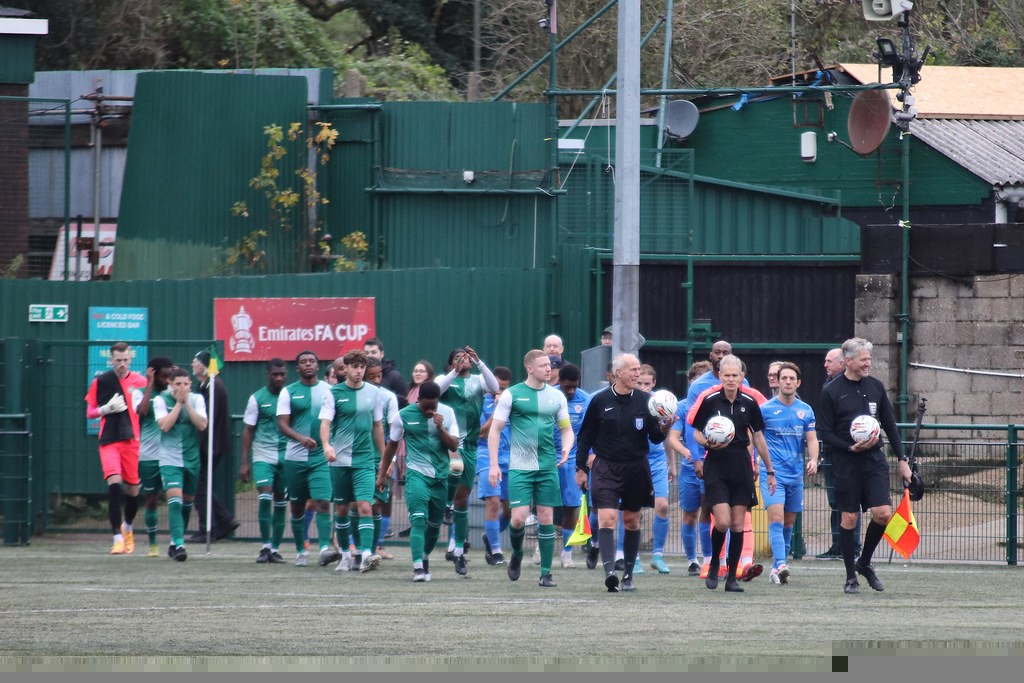 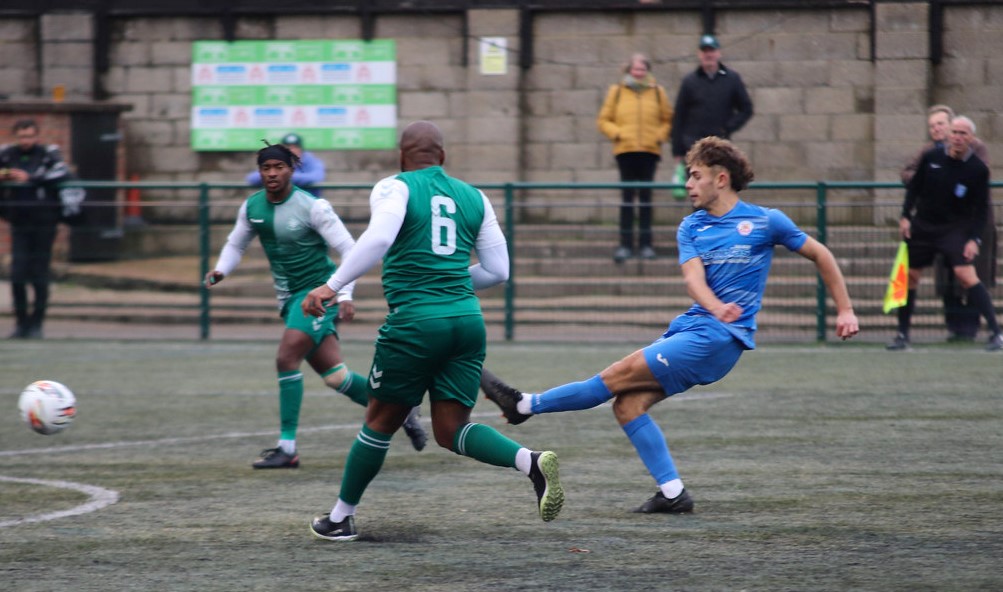 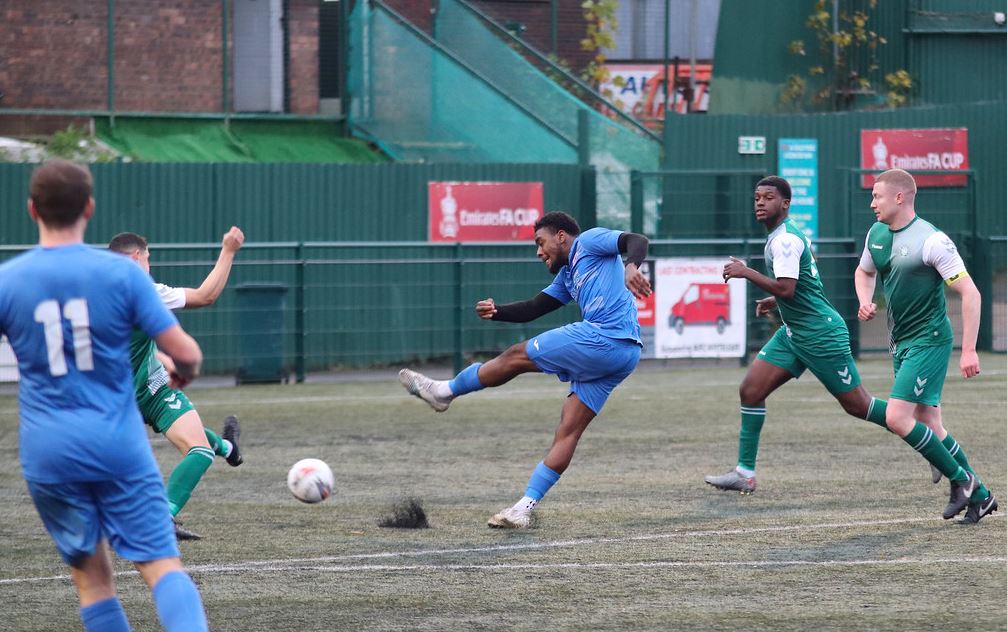 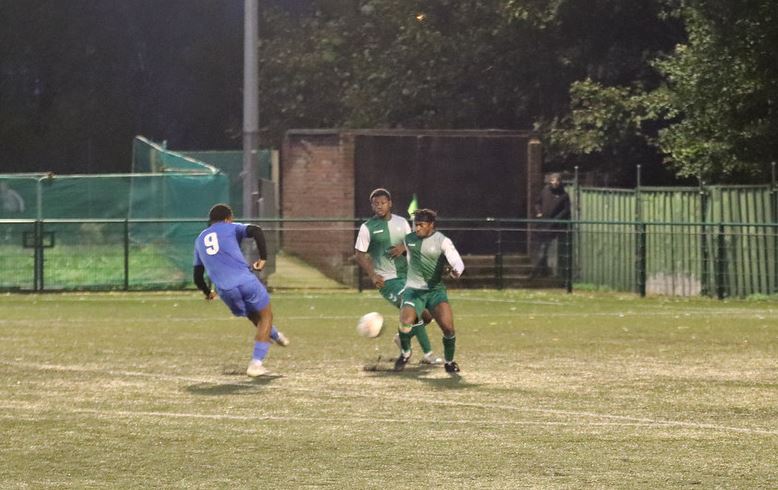 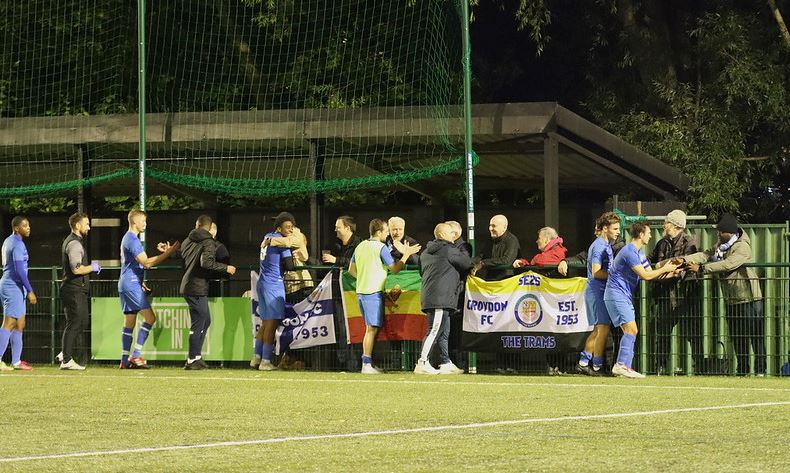