Match Secretary Andy Hillburn sadly passed last week but must have been smiling whilst looking down at Croydon’s win at the London Hire Stadium. A man who loved his sport, he was a Croydon FC stalwart for many years but also had responsibilities with local rugby and cricket sides. He loved his non league football, and had not missed a Croydon match home and away for forty years. Numerous tributes have been paid to him from friends and other non league clubs with a minute’s silence observed prior to the Elmstead match

Once the game was underway, Croydon’s first shot was blocked, and the next chance saw Henry Swann’s pass to Richard Pingling go wide of the post. Then ten minutes in, came a corner, the ball pushed forward and a cross to Jubril Adamson, who had a run on goal and scored. Soon there was a short run on the right, but David Green’s shot was caught by Elmstead keeper, Ryan McCourt. Another chance came with a corner that landed wide of the far post. Then it was Lauris Chin’s turn, and following a goal kick, his shot was blocked by McCourt.

FC Elmstead got a free kick after 27 minutes, and the ball reached an Elmstead forward, whose shot was saved at close range by Tiwa Fujamade, and subsequently another shot resulted in a corner. Another Elmstead corner was saved by Fujamade before Croydon doubled their lead on 40 minutes when an defender inadvertently passed to Henry Swann on the edge of the box and his shot flew into the net. Croydon got close to extending their lead when Chin had a chance just prior to halftime but the ball deflected off an opponent almost going into the net.

The second half started with a cross blocked by McCourt. Then Croydon got a corner, and a pass to Green led to his shot going over the bar. After an hour’s play, Kane Fitton got one back for the hosts from a free kick. Five minutes later saw more chances from the Trams, whilst Pingling’s shot was pushed out by McCourt, Swann’s shot went over the bar. Elmstead put pressure on Croydon, and feeling threatened by Chin, Elmstead resorted to a blatant trip on him. Having been just booked despite a defender challenging him, Pingling put the Trams 3-1 up, following passes between him and Green.

With three minutes of normal time to go, FC Elmstead did get one back off the underside of the bar. Unfortunately for Croydon, Jerry Antwi and Jubril Adamson were both sent off, together with one of their opponents with the game almost at an end.

Croydon’s first home game of 2023 will be on Saturday 7th January, against Larkfield and New Hythe (kick off 3pm), where supporters can also buy a ticket for the remainder of the season for only £10. This is followed by Croydon v AFC Whyteleafe in the Surrey Premier Cup on Wednesday 11th Januarty (kick off 7.45pm), also at Croydon Arena 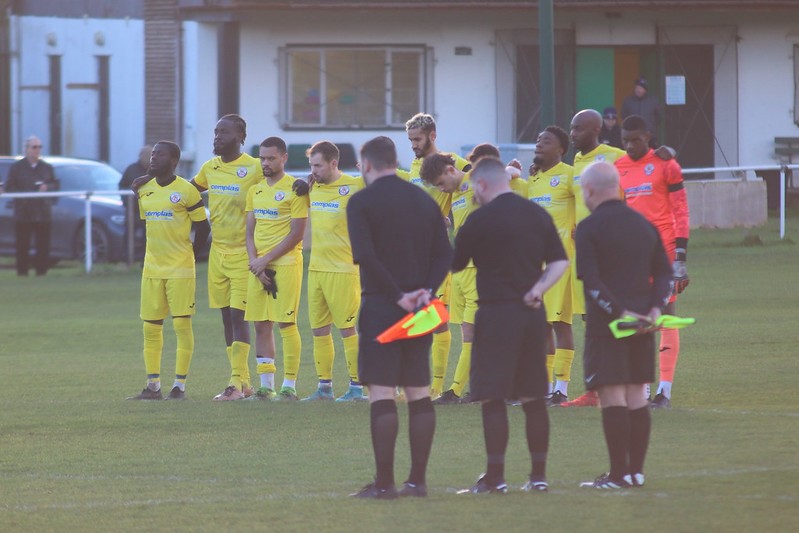 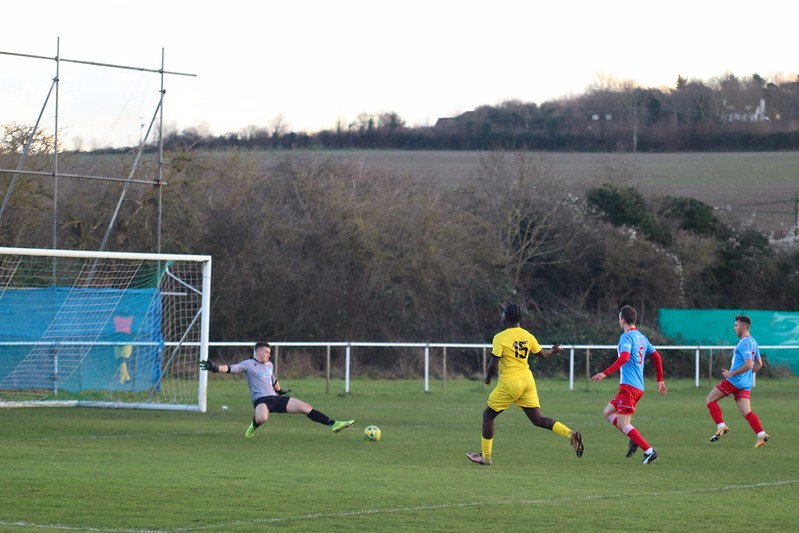 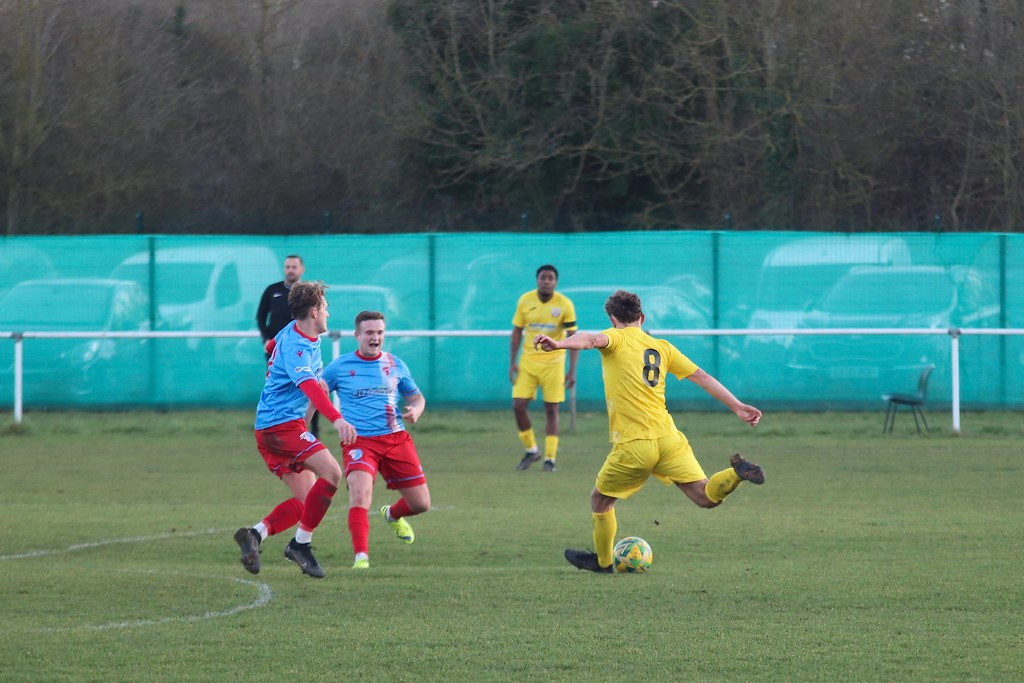 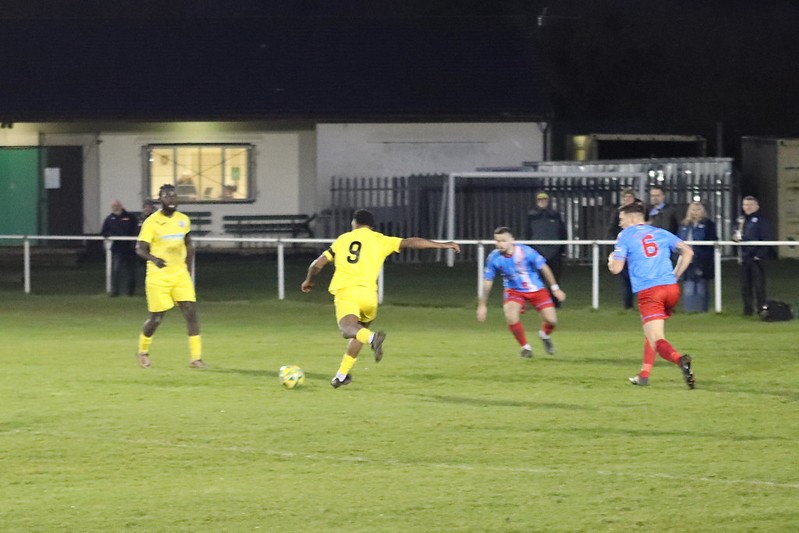 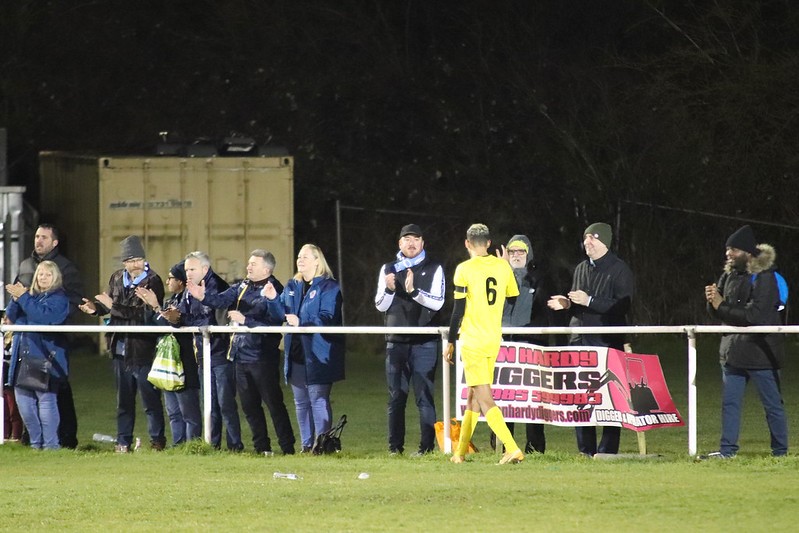